Malaysian hardcore punk band shatters the myth that you have to take drugs to be cool.

It was Aziz’s brother’s heroin addiction that prompted him to become an anti-drug activist.

Instead of us just playing music, why don't we speak to kids? We are musicians. We are cool. You can be cool too without doing drugs.

“I saw my brother,” he says. “He had friends who were pressuring him—'let’s do drugs.’ He got into heroin for almost eight years. Lots of my friends were doing drugs also. Some of them died because of drugs. This is how serious drugs are in the community where I live.”

Second Combat decided to be a “straight edge” band—a subculture of hardcore punk music that steers clear of drugs, alcohol, and tobacco. Aziz formed the Drug-Free Youth Association in 2010 and invited his friends and band members to join. He wanted to be different from local bands that were encouraging people to use drugs.

“Instead of us just playing music, why don’t we speak to kids?” and say “We are musicians. We are cool. You can be cool too without doing drugs,” he thought.

Aziz’s message is “Get High on Music, Not Drugs” and the band’s lyrics reflect their commitment to drug-free living and social change. They speak of self-motivation, self-empowerment and caring about others.

To spread the message broadly, Aziz wrote a song called "Drug-Free Every Day,” and he wants kids to know and sing the song and use it to guide them in life choices.

Aziz found the Foundation for a Drug-Free World website and saw the program's potential for accomplishing what he had set out to do. On November 15, 2017, he became an affiliate of the Foundation and now uses their Truth About Drugs materials in his work with Malaysian youth.

As to the future, Aziz’s dream is to have a center where the band can perform and influence kids to be positive and have fun without the influence of drugs. He is also planning to have the materials translated into Malaysian so every child in the country may benefit from the program and make the informed decision to live drug-free.

For more information, visit the Second Combat Facebook page or the website of Foundation for a Drug-Free World. 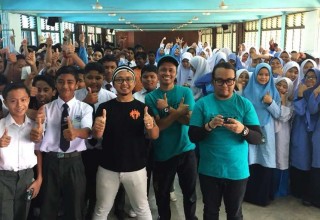 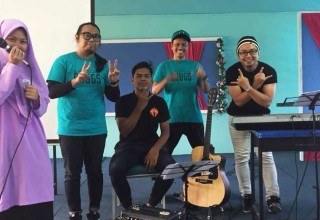