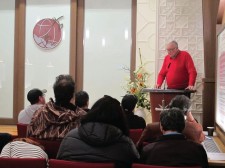 Working together to create a drug-free New Zealand

Auckland, New Zealand, August 8, 2017 (Newswire.com) - ​​​Volunteers and community activists joined in a drug prevention day at the Church of Scientology Auckland. The program was held at the Church’s new headquarters at 136 Grafton Road.

The Church holds frequent programs on issues of importance to the community, and teen drug abuse ranks high among these concerns.

The New Zealand Herald broke a story August 6 of Auckland teens importing drugs online and selling them to their peers. A police operation led to the discovery of hundreds of thousands of dollars in cash and drugs and resulted in 13 arrests. Drugs seized during the operation included MDMA, meth, LSD, GBL, cocaine, cannabis, and amphetamine, worth a combined total street value of more than $500,000.

This highlights the urgent need for drug education and prevention—reaching youth with factual information about what drugs are and what they do, so they make a firm commitment to live drug-free and help friends and family members make the same decision.

The forum featured speakers who provided personal insight into the problem at street level, including representatives of drug prevention and rehabilitation programs and a former gang member who used to be a methamphetamine addict and is now an ordained minister and anti-meth campaigner. Each spoke of their personal experience with addiction and conveyed the urgency of reaching youth to prevent their falling victim to drugs and alcohol.

Attendees were introduced to the Truth About Drugs, the drug education initiative supported by the Church of Scientology.

Based on 25 years of experience in drug prevention, the Truth About Drugs effectively communicates the reality of drug abuse to teens and young adults. Because children and teens are most likely to listen to their peers, the core message—booklets, public service announcements and a documentary film—feature young people who have gone down the path of addiction and survived to tell the story.

Over the past several years, working with Maori Wardens and numerous community and church groups around the country, volunteers have distributed hundreds of thousands of copies of Truth About Drugs booklets.

Those attending the forum were provided sets of the videos and booklets and the Church offered drug education training and materials free of charge to anyone wishing to use the campaign in their communities.

According to the United Nations Office on Drug Abuse and Illicit Trafficking, “Every dollar spent on prevention can save governments up to ten dollars in later costs.”

Read the article on the Scientology Newsroom. 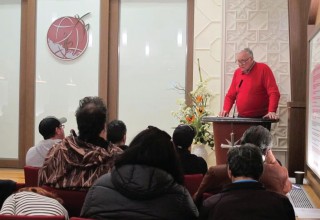 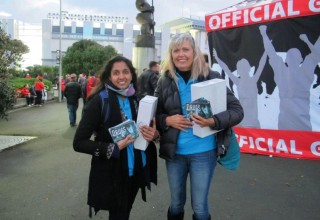